How I wrote the Inertia of Art: A #Clmooc #poetryport poem

Image: Screenshot by me shared under a Creative Commons (BY-SA) license 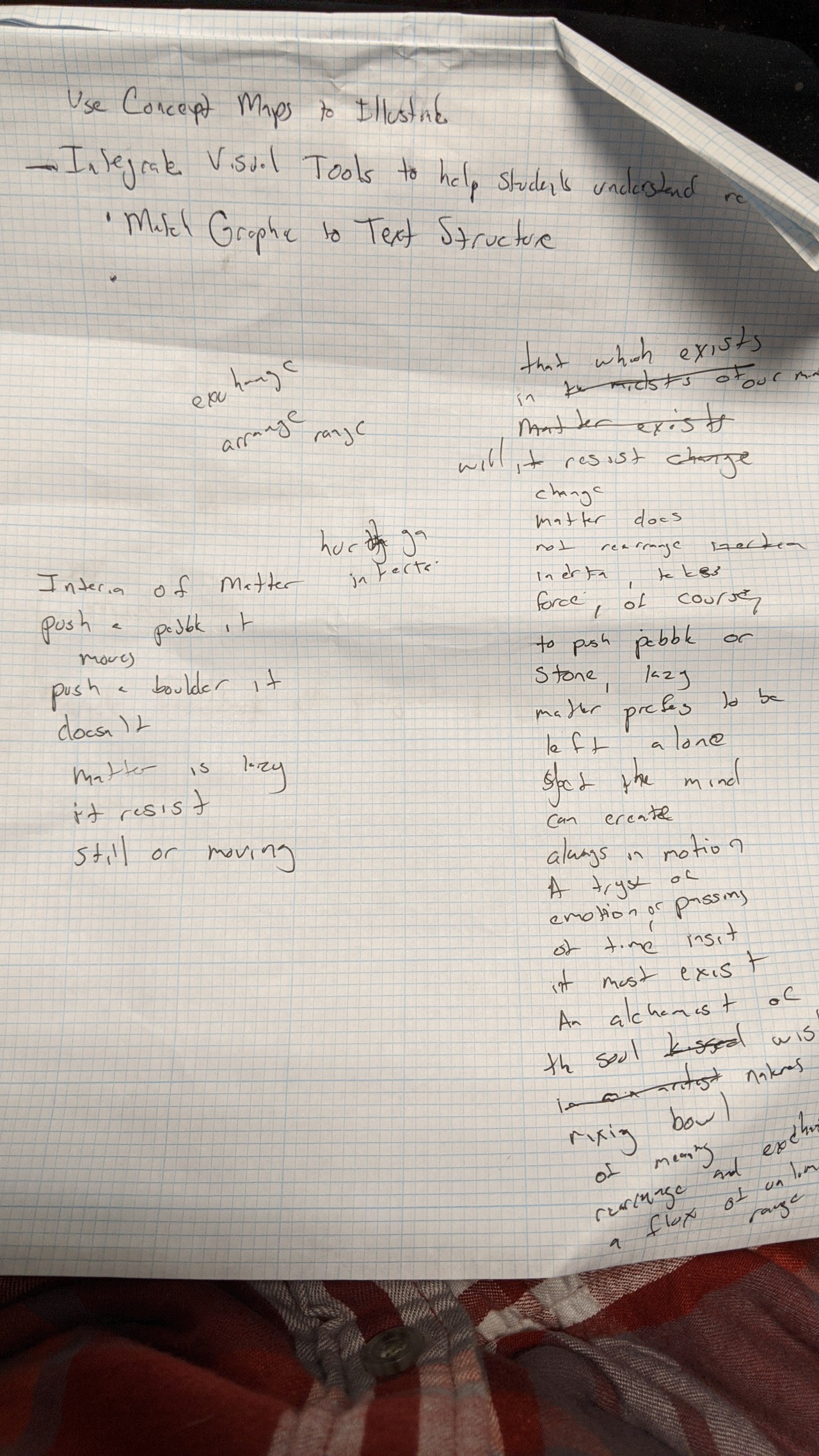 Every day the #clmooc crew releases a new word for our Poetry Port. On 2020-02-11 the word was create. I really didn't know where to begin. Creation is such a violent process for me. I kick scream and curse. I throw stuff, it's bad, but that's art. I was stuck

Then on the drive to work I was listening to "Redemption Ark" by Alistair Reynolds. In chapter 15 right arond the seveenteen mark a character explains how intertia works when describing a new intertia supressing drive

The way Reynolds described a force of matter we all take for granted sounded poetic. Especially this line of "Matter is lazy."

It also to me felt like the opposite of art. Movement versus none. I immediatley bookmarked the clip and drive to the office.

Once on campus I played the clip a few more times. I then started to draft the poem on paper as you can see in the screenshot. I continued my work with trying to capture the mood of a poem with more internal read rhymes and assonance. For so many years I have fooled with free verse. The work of rhyme, without being forced intor traps ain't a lazy matter at all.

Here is the poem Inertia of Art